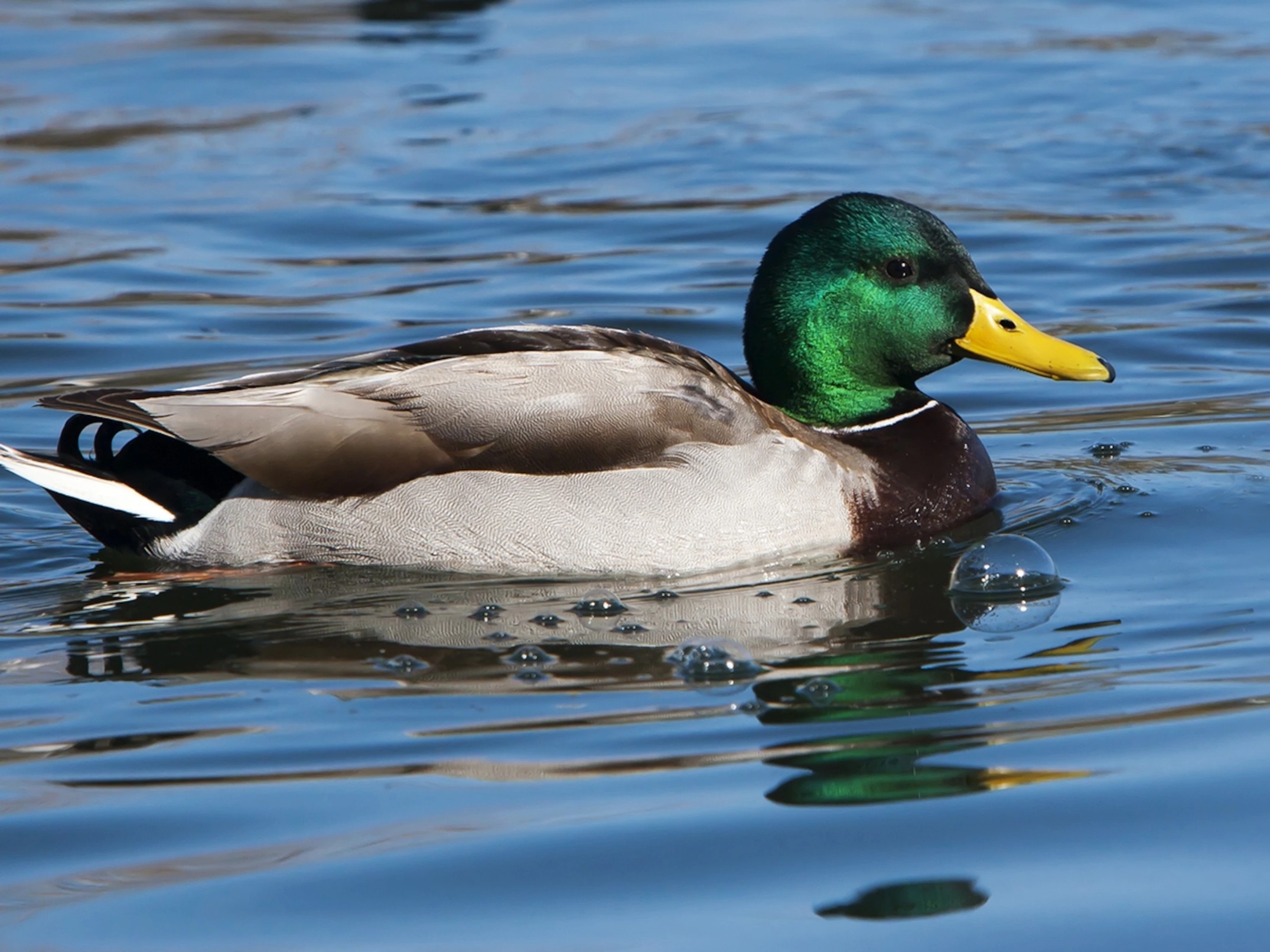 The Mallard is 56–65 cm long, has a wingspan of 81–98 cm, and weighs 0.9–1.2 kg. The breeding male is unmistakable, with a green head, black rear end and a yellowish orange (can also contain some red) bill tipped with black (as opposed to the dark brown bill in females). The female Mallard is light brown, like most female dabbling ducks. However, both the female and male Mallards have distinct purple speculum edged with white, prominent in flight or at rest (though temporarily shedded during the annual summer molt). In non-breeding (eclipse) plumage the drake becomes drab, looking more like the female, but still distinguishable by its yellow bill and reddish breast. 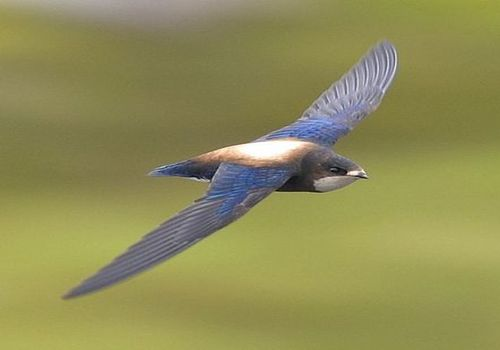 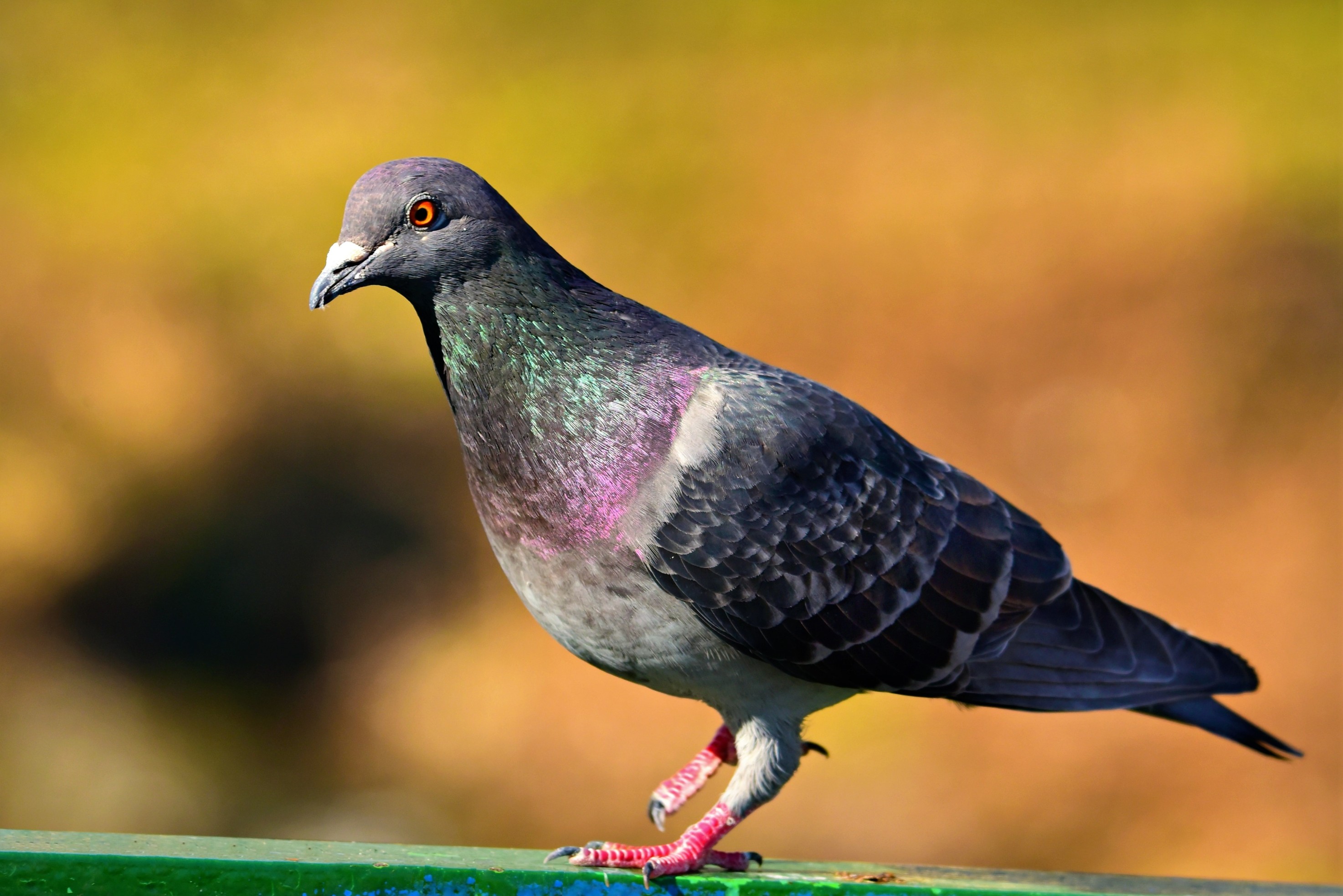 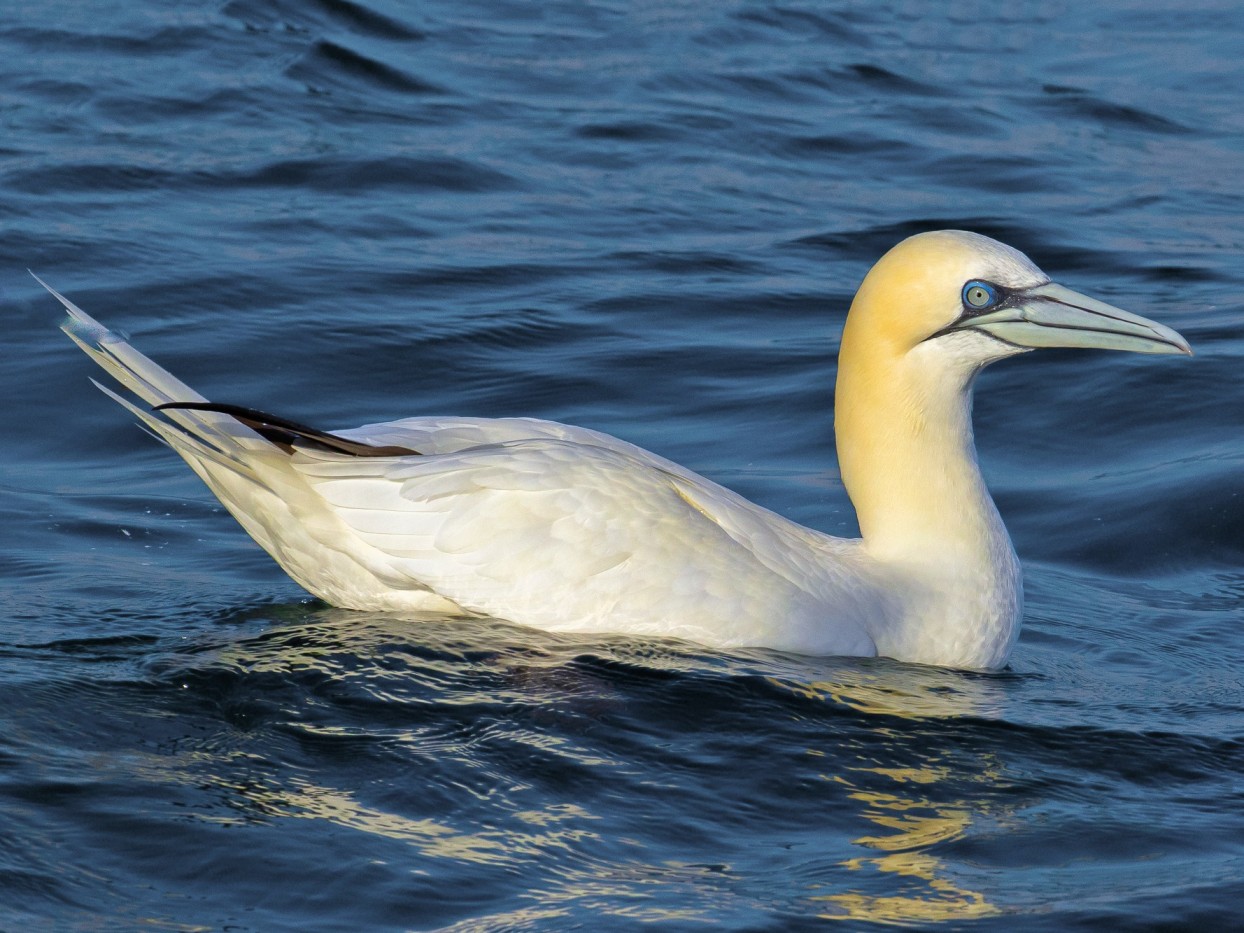